Baker gets job back after Fair Work ruling reverses sacking 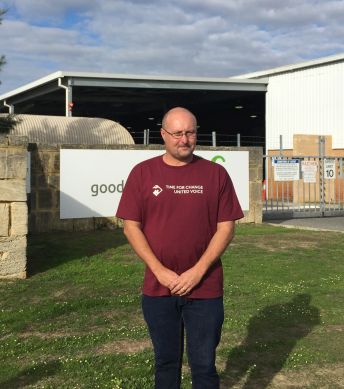 United Voice member and baker Travis Mutimer is back at work after his colleagues and fellow union members rallied together and took his unfair dismissal to the FairWork Commission.

Buttercup Bakery in Malaga has been forced to reinstate Travis Mutimer and back pay him more than $24,000.

The Fair Work Commission said the decision by Buttercup Bakery to sack Mr Mutimer was “harsh, unjust and unreasonable” and ordered the company to pay him the money he would have earned during his six months off work.

Mr Mutimer was sacked in January after 18 years of service with an unblemished record after he failed to put the safety lock on a roll machine when he cleaned a drip tray.